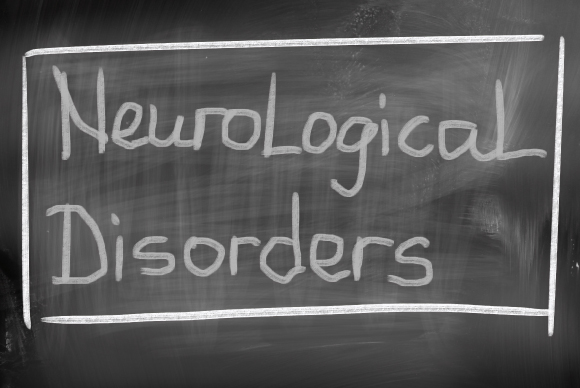 Neurological diseases are disorders of the central and peripheral nervous system. It includes the organs, namely, the brain, spinal cord, and autonomic nervous system, along with cranial and peripheral nerves. It can also include nerve roots, neuromuscular junction, and muscles in these regions. It requires extensive diagnosis and treatment from specialist neurologists.

Today, let’s list a few of them in details.

It is the condition in which the person loses the ability to think or recollect things on a regular basis. It imparts the memory and often can be seen as an inevitable process of old age. It also includes symptoms like language difficulties and change in behavior. This can lead to agitation, delusions, aggression that may also lead to emotional outbursts. In severe cases, the person might need help even for day to day activities like bathing and eating, etc.

It is a group of disorders that affect the motor senses in the body. It projects symptoms like trembling of body parts like hands, legs, arms, face, and jaw. It can also lead to stiffness of limbs and posture instability, imbalance and lack of coordination while making movements. Parkinson’s Disease can onset after the age of 50, but it might happen to people even before that, depending upon case to case. Unfortunately, it is not possible to treat them completely, but it can be managed effectively with proper medicines and support.

This is yet another type of neurological disorder that is caused by abnormally high electrical impulse into the brain. As a result, the body starts to have seizures. Seizures can be characterized by involuntary and abnormal, vibration-like movement of the body. The magnitude of such seizure can vary from minor, mild to major, thus the range of its treatment varies as well. It requires proper training of the family members for minor episodes, along with the promptness to avail treatment.

Stroke is a severe condition that occurs when the blood vessels supplying oxygenated blood to the brain, bursts or gets clogged in between. As the brain gets starved of the oxygen and nutrients, it can undergo some severe damage and thus considered as a medical emergency and need intensive care at the earliest. Even after the critical hours as passed, it is crucial to undergo follow up to evaluate the cause of stroke and ensure a full recovery.

This neurological disease counts as an autoimmune disease which damages the outer layer of the nerve cells. While this outer, protective layer gets damaged, it leads to nerve impairment and in turn, leads to several other diseases. Its treatment options include medicines to suppress the immune system and manage the symptom.

For these and more neurological condition, seek appointment from our neurologists at ILS Hospitals on time.

Taking medical care of every organ is kind of an impossible task these days. After crossing the age of mid-30s and 40s, often people are recommended to undergo screening in hospitals for several possible illnesses as a preventive care. These often include a breast exam, blood profile, prostate exams, eye and dental screening etc. Getting a hearing test is not something, any individual often opt for, even though it is highly recommended by audiologists. Let’s have a brief understanding of the same.

Read further: 4 SCREENING EVERY MAN SHOULD HAVE SINCE HIS EARLY 40S

Ears are important organs of our body. It facilitates detection and transmission of sound. It performs a very crucial function of maintaining the sense of balance as well. Individuals often neglect the need for an accurate hearing diagnosis from time to time, mostly due to negligence and the belief that the perfect hearing begins to degrade solely upon aging itself.

In reality, though, this does not hold true. Hearing loss can occur at any age. In fact, as per audiologists, the count of youth suffering from hearing loss is increasing alarmingly these days. This is true for both temporary and permanent hearing loss. The primary reason for the same is the excessive use of earphones for listening to music and other multimedia. Not only they use these devices for long hours but also tune them in higher volume than recommended.

Read further: 4 MUST-HAVE HEALTH SCREENING FOR EVERY WOMAN ABOVE 35

Hearing loss is the first sign of any possible ear injury or complication. Secondary symptoms like such as persistent swelling and pain in the internal ear, feeling thumbing or ringing in the ear, loss of balance etc. should be calibrated carefully.

It is advised to undergo a hearing screening once in every two years even with no visible signs of hearing loss, particularly for people above the age group of 50yrs. In case, any hearing difficulty is experienced, the screening should be even more frequent. Any sudden hearing impairment should be evaluated immediately as it may be a resultant factor of something more severe underlying reason. This is either a result of some tumor growth (both malignant and non-malignant) or due to some neurological issue.

Any hearing imparts if left untreated for long can give rise to other collateral issues, particularly in the domain of psychological health such as irritability, fatigue, depression, and impaired memory. Thus, it is always recommended to get treatment as soon as possible for any hearing discomfort.

BRAIN – An amazing internal organ of the human body. Understanding the brain is not yet fully explored till date, but plenty has been studied. A number of patients seek treatment in hospitals for some or the other condition related to the health of the brain. But instead of discussing some serious illness related to the brain, today we bring you 14 facts about the human brain that might fascinate you.

So, let’s start the countdown

Sure, it was fun to learn all that. In case, you experience any discomfort regarding this fascinating organ, consult with a medical facility.