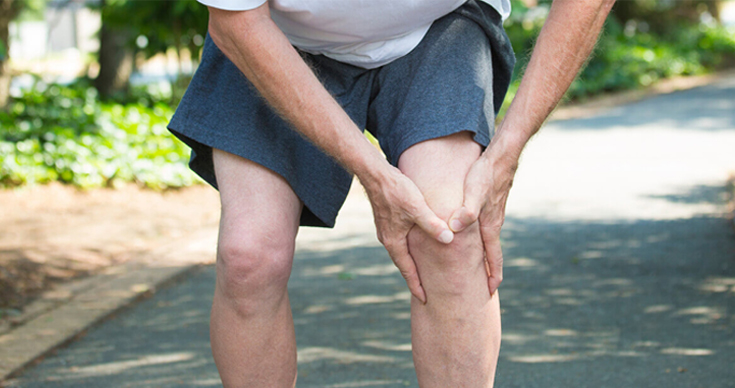 The human body is perceptive of both internal and external injuries. But quite often than usual, we tend to ignore the minor aches and accept the pain instead of fighting against them. Many people suffer from arthritis or joint pain and it affects the most basic activities like taking a walk, climbing down stairs or sitting up straight. Such issues arise with the breaking down of a protective covering of the tissues causing severe pain, leaving the joints swollen and messing with the everyday functioning. One of the most common ailments is known as arthritis.

Arthritis is an inflammation of the joints that can affect one joint or multiple joints. There are more than 100 different types of arthritis, with different causes and treatment methods. Two of the most common types are osteoarthritis (OA) and rheumatoid arthritis (RA). Though it is more common in the elderly people, even younger people are prone to arthritis, irrespective of their gender. While there are many treatments that can help aid the issue, most surgeons suggest a hip or knee replacement surgery. Let us dive into the details of the same. 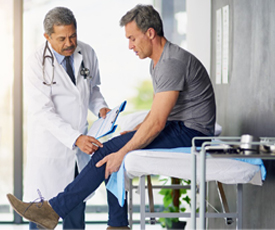 Trusting the right person for your surgery is extremely essential to the whole process of healing. A number of factors ascertain the success of such surgeries. From identifying the exact problem of the patient to using the ideal implants, your surgeon has to be an expert in this branch. Transparency with the patients is another important aspect that makes a surgeon gain the trust. Walking the patient through the exact details, indulging in an open conversation regarding the technology used for the treatment and clarity on the possible risks involved should be the basic information shared. 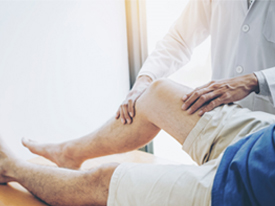 A Total Knee Replacement Surgery is a proven surgical procedure that replaces the damaged knee with prosthetics to improve the functioning of the knee substantially. The goal of total knee replacement surgery is to relieve knee pain and increase knee function by resurfacing the bones that meet at the knee joint. The surgeon removes damaged portions of bone at the end of the femur (thigh-bone) and top of the tibia (shin-bone) and replaces them with prosthetic components.

The Promise of a Minimally Invasive Surgery

The great innovation and discoveries of the medical science and technology are constantly working towards improving the lives of every patient. The latest technique and intervention known as computer navigation has improved the success rate of total knee replacement surgeries. Such innovations have enabled the surgeons to reduce and minimise the pain and perform the surgeries with great precision. It has also contributed to the patient’s experience – shorter hospital stays, less rehabilitation time and evidently reduced pain.

Orthopedics is the domain of medical science that deals with the correction of conditions arising in the musculoskeletal system. An orthopedic specialist employs both surgical and nonsurgical means towards the same. These can include diagnosis of injury/disorder and treatment with exercise, medication, surgery, implants, and rehabilitation, etc.

The surgical reconstruction or replacement of a joint, Arthroplasty, involves Knee Replacement Surgeries – total or partial replacement of damaged knee tissue/bone or both.

Consult our Orthopedics and Joint Replacement department, which addresses issues associated with joint pains and knee replacement surgeries. ILS Hospitals provides advanced diagnostic services with round the clock doctors and state of the art Operation Theatres. Our renowned surgeons and experienced team of paramedics ensure complete safety of all our patients.

Our body is made up of bones, muscles, nerves and lots other. We all must have a healthy balanced meal in order to ensure that our body function properly. But several people discover their health, especially in terms of their bone strength, starts degrading with time. You can find several people dealing with bone diseases and discomfort in Orthopedics clinics.

And osteoporosis is one of the most common disease affecting numerous lives all across the world. The term osteoporosis, is self-explanatory as, it is derived from the Greek language, literally meaning ‘porous bones’. Thus, osteoporosis is a disorder in which, the bones of the individual lose its strength, becomes porous in nature and thereby the chances of broken bones increases significantly. Several orthopedic clinics specialize and focus on this particular disease to help people dealing with osteoporosis.

Osteoporosis is clinically defined as a condition of low value of peak bone mass and usually defined as less than 2.5 bone density. This is estimated with the help of a screening called dual energy X-ray absorptiometry of the hip.

Osteoporosis can affect individual of any age group, but usually the chances of occurrence of the same is greatly higher among people of the elderly age group. The calcium content of the bones drops beyond what is considered as safe or normal. Thus, leaving the bones highly susceptible to breakage or damage, up to a point where even a minor slippage can cause hairline fracture or more.

The bones that are more likely to suffer the consequences are usually the backbone, hip bones, and forearm. Recognizing osteoporosis is often too tricky, mainly because there are no early symptoms of the same. Most people only come to realize after a bone breaks and the individual is likely to suffer from chronic pain and lose the ability and agility to carry out routine work.

In order to mitigate or at least delay the entire event of osteoporosis, an individual must be careful since their mid age itself. Mostly because once the bone starts to lose bone density, its recovery becomes tricky. Apart from changing into better diet and exercise, one must also be careful and avoid slipping or falling. Also, making changes in lifestyle and habits such as to quit smoking and drinking is also recommended by several Orthopedics.

END_OF_DOCUMENT_TOKEN_TO_BE_REPLACED

Knee replacement is a type of joint replacement surgery performed on people suffering from severe knee damage. In recent times, orthopaedic clinic in Kolkata is gathering several patients round the year as it provides long lasting relief from knee joint pain. Let’s understand in details the various aspects of total knee replacement.