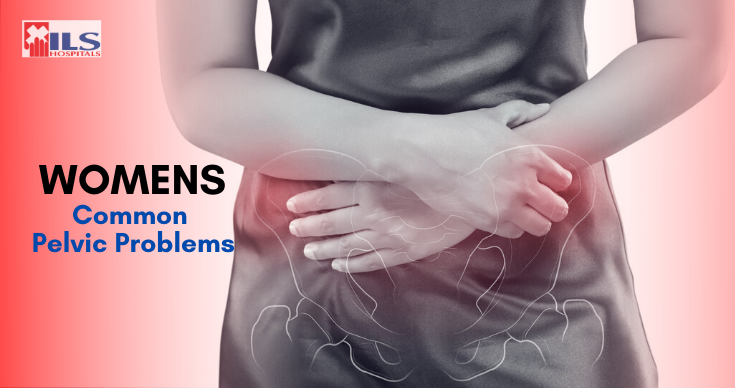 Being a woman is not easy. Women have to deal with many gynaecological issues during their entire life. Here we will tell you about 5 common pelvic problems faced by a majority of women.

A common gynaecological problem faced by many women is Urinary tract infection or UTI which can infect any part of the urinary system (bladder kidneys, ureters and urethra). UTI is generally caused by bacteria but in some cases, viruses and fungi can also contribute to this situation. The symptoms of UTI are as follows:

Treatment involves antibiotics, antivirals, antifungal or antimycotic medication (depending on the causative agent).

Uterine Fibroids are non-cancerous tumours that develop in the uterus usually during the childbearing years of a woman. They can be caused due to hormonal changes, family history of fibroids, obesity and early onset of puberty. The symptoms of fibroids depend on the size and number of tumours. Some symptoms associated with fibroids are as follows:

Treatment: Medication and surgery including the advance minimally-invasive procedures.

Ovarian cysts are fluid-filled sacs that originate in the ovaries. They can occur because of hormonal problems, pregnancy, endometriosis, severe Pelvic inflammatory disease (PID). Ovarian cysts are painless and cause no major symptoms but can create problems if ruptured. Many times cysts go away on their own and don’t causes any symptoms. Some symptoms of this condition are as follows:

Endometriosis is a condition in which the uterine lining, the endometrium, grows outside the uterus. You can get endometriosis if you suffer from retrograde menstruation and have problems in the immune system. Endometriosis can also be caused by genetics, hormones and certain surgeries. The symptoms related to endometriosis are as follows:

Treatment is either medication or surgery.

PID is a bacterial infection that affects the female reproductive organs, like uterus, fallopian tubes, and ovaries. The sexually transmitted bacteria enters from the vagina and cervix and makes its way to the uterus. The symptoms associated with PID include:

Visit ILS Hospitals in Kolkata and Agartala for a complete treatment from the best gynaecologists.